After more than one year of development we are happy to announce the release of Open Build Service 2.10!

This new version of OBS brings a revamped web user interface, improved support for shipping your software in containers and integrating your package builds with source code management systems like GitLab and Pagure.

After the last release, we decided it was time for us to move away from the technology stack we were using to build the user interface (960 Grid System, our own Jquery UI theme and lots of custom CSS). The reason is that it became apparent that this was beyond old and hampered us more than it helped to get things done for you. So with this release we are introducing a complete new technology stack for the web user interface! 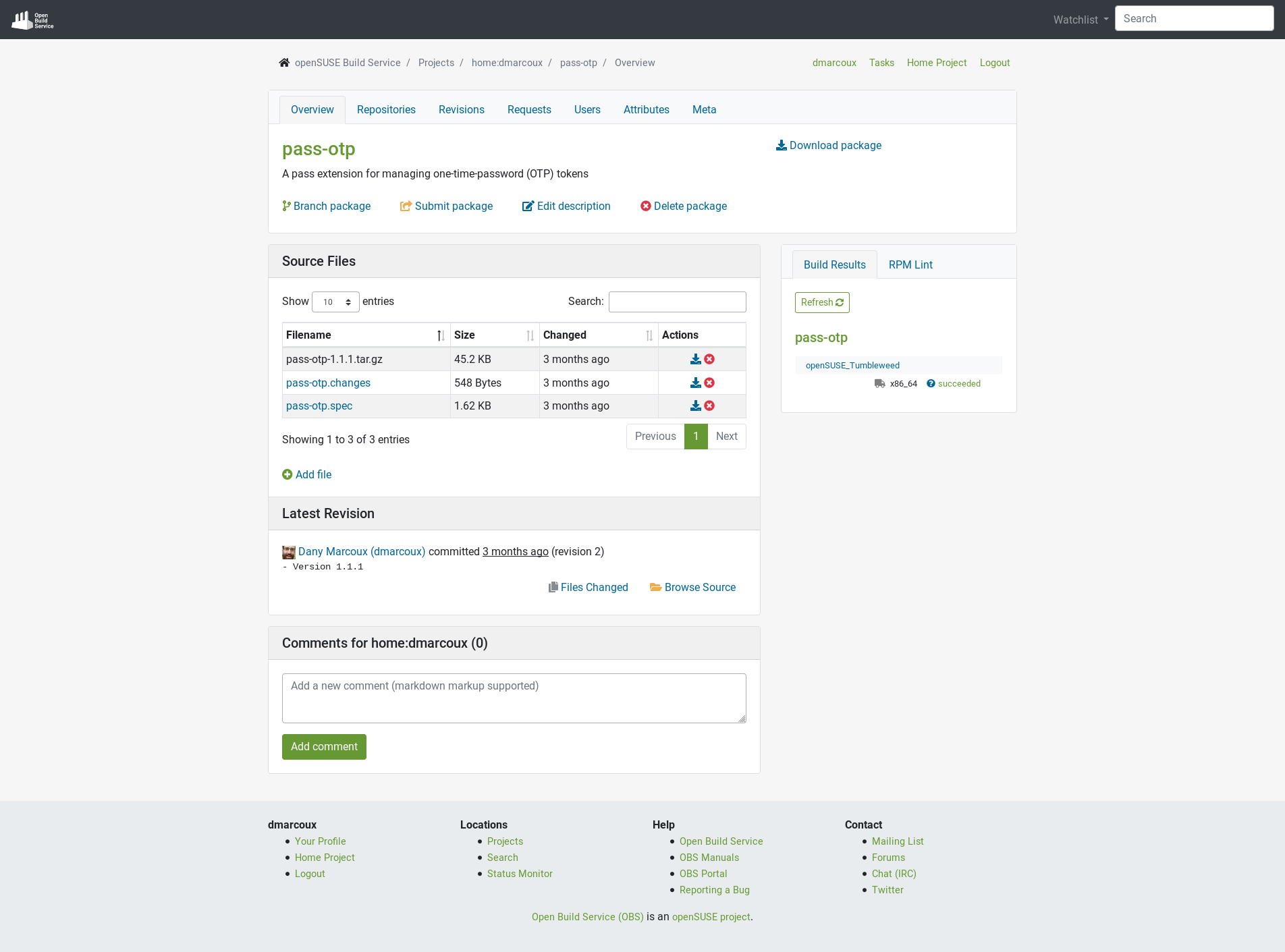 We concentrated on migrating to the new technology without making significant design and workflow changes that could disrupt your day to day work. The whole migration enables us to introduce changes to the user experience faster, in better quality and more gradually in the future. By the way, during the development phase of this we have already written a very detailed series of post on the matter, check it out!

You Say Package, I Say Container

In this day and age, shipping and/or deploying software moves away from traditional methods to containerized workloads. As our mission is to help you to collaboratively create and distribute software for Linux, we have created support to build containers already as early as beginning of 2017. In this release we have worked on features that help you to deliver containers via an integrated registry/notary and to keep track of who has shipped what and when with binary tracking for containers. You can see an instance of the registry in action over on our reference server at https://registry.opensuse.org

With this, it’s as easy as

to start a shell on the latest Tumbleweed built by OBS. Of course you can have this registry also on your private OBS installation and integrate container publishing into your release workflow.

Another trend in the professional software world is to plug various tools together into grand continuous integration/deployment cycles (CI/CD). You, of course, also want to throw the OBS into the mix and we traditionally supported you to do that on GitHub with webhooks. The 2.10 release now brings the same kind of support to other tools like Gitlab and Pagure. You can trigger all kinds of actions on OBS for every git commit or other events that happen on those tools.

In addition to those very visible changes, we have worked tirelessly on bug fixes and countless smaller features like Amazon EC2 and Microsoft Azure cloud upload support, Vagrant box publishing or Kiwi profile handling. This release includes nearly 6.000 commits from 18 distinct contributors that changed roughly 3.000 files! We hope you like it!

If you are longing for a deeper look into all the changes this update brings, check out the 2.10 Release Notes. We highly recommend reading these before updating your OBS instance!

The easiest way to run your own Open Build Service is to download and install our software appliance. It’s the whole package, a recent and stable Linux Operating System (openSUSE Leap 15.1) bundled with all the server and OBS components you need to get going.

If you already have a running OBS installation and want to update it, please read the README.UPDATERS file about the necessary steps. Please note that you need to have at least OBS 2.5 (OBS 2.6+ is recommended) to be able to update to OBS 2.10. Migrations from older OBS versions will fail.

OBS Appliance users who have setup their LVM can just replace their appliance image without data loss. The migration will happen automatically.